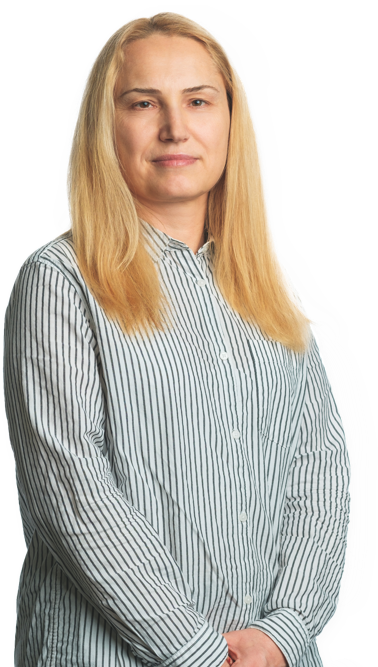 Tanya Pavlova is a tax advisor with over 20 years of professional experience. She advises and supervises in German our clients in Bulgaria.

In this article we will consider the basics of the import of goods under the Value Added Tax Act (VAT), under what conditions is the exemption from value added tax (VAT) of imported goods under Customs procedure 42 and how goods, which are imported through another EU member state are treated by Bulgarian customs.

What is the import according to the VAT Act?

The import of goods within the meaning of the VAT Act is the introduction of goods into the country by non-EU countries. This is the placing of goods under the free circulation regime after a passive improvement procedure, the introduction of allied goods in the country from third territories, which are part of the EU customs territory, and any other event as a result of which customs obligation occurs (Art. 16, para. 1-4 VAT Act).

No import is required when at entering the territory of the state, the goods have obtained the status of temporarily stored goods or are placed in a free zone or under customs regimes – customs storing, inward processing, temporary import with full exemption from import duties, external transit. The import shall be considered as implemented only when the goods cease to be treated under the relevant regime in the territory of the country (Art. 16, para. 5 VAT Act).

The chargeable event at import of goods shall occur and the tax shall become chargeable on the date, on which the obligation for paying import duties on the territory of the country arises or should arise, including when obligation does not exist or its amount is zero (Art. 54, para. 1 VAT Act).

A tax upon importation of goods shall be charged regardless of whether the importer is a person registered or not registered under the Act (Art. 48, para. 1 VAT Act). VAT on import is charged by the customs authorities, except in cases where the importer has an investment project, approved by the Minister of Finance, which is charged by the importer by a memorandum (Article 56 and Article 57 of the VAT Act). No tax shall be charged upon placement of goods under free circulation arrangement after "temporary importation with partial exemption from import duty" procedure (Art. 48, para. 3 VAT Act).

In accordance with Art. 55 of the VAT Act the taxable amount shall be the value for customs purposes, credited with:

Exemption from Tax upon Importation

According to Art. 58, para. 1 of the VAT Act exemption from tax shall be granted in respect of the importation of:

Payment of Tax upon Importation

Exemption of Tax within Customs procedure 42

Exempt from tax are goods, whose imports are followed by an Intra-European Union supply. In terms of procedure 42 "Simultaneous release for free circulation and end-use of goods, which are the subject of an exempt supply of VAT for another member state Art. 58, para. 1, it. 6 of the VAT Act finds application. According to it tax exemption applies to import, which meets the following conditions:

The importer must provide the following data:

When the importer of the goods does not obtain the documents till the expiration of the calendar month, following the month of occurrence of the tax event, the import tax shall become exigible from the importer (Art. 58, para 2-3, VAT).

Import in Bulgaria through another member state

When a Bulgarian company imports goods from a third country through another EU member state, the imported goods on Bulgarian territory from the member state are considered as intra-community acquisition. In accordance with Art. 13, para. 3 and para. 6 of the VAT Act as intra-community acquisition shall also be considered the receiving of goods on the territory of the state by a tax liable person, which will be used for the purposes of his/her economic activity, when the goods have been sent or transported by or at his/her expense from the territory of another member state, in which the person is registered for the purposes of VAT and where the goods are produced, derived, processed, purchased, acquired or imported by him/her in the frameworks of his/her economic activity. The taxable person does not have to be registered for VAT purposes in the other member states.

Exempt intra-community acquisitions on goods are those that would be released if they were made on the territory of Bulgaria (Article 65 of the VAT Act).