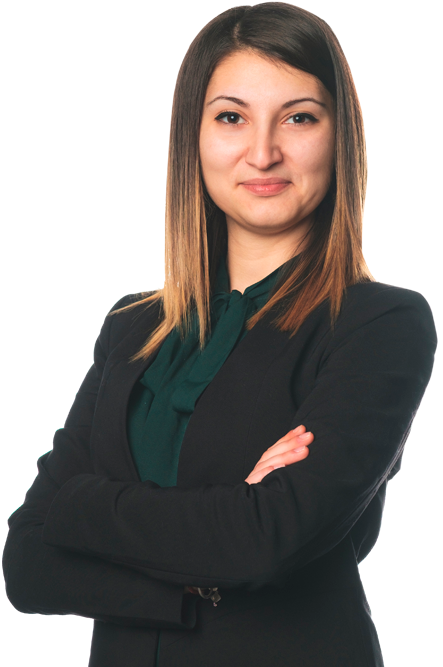 Violation of the labour discipline is any fault of the employee’s/worker's employment obligations. Art. 187 LC sets out various types of violations of the labour discipline - delay, early exit from employment, absence from work, ineffective and inefficient work, failure to fulfill the orders of the employer, and Art. 126 LC lists the duties of the employee/worker in the performance of the assigned work - to come to work and be in the workplace by the end of their working hours, to come for work in a condition that allows them to perform their tasks, to not use alcohol or other such substances during working hours. When the employee/worker has committed any of these offenses, the employer may impose one of three penalties: reprimand, dismissal notice or dismissal. These penalties are expressly governed by the legislature in Art. 188 LC, being independent from one another. Furthermore, only one penalty may be imposed for the same violation. Depending on the gravity of the offense, the circumstances under which it was committed and the behaviour of the employee/worker, the employer may impose any one of these three penalties.

According to Art. 193 (1) LC, the employer is obliged, before imposing disciplinary dismissal, to hear the employee/worker or to accept a written statement in relation to the respective violation. It is important to note that if the employer does not fulfill this obligation, the court shall revoke the disciplinary dismissal without evaluating its substance, i.e. failure to do so is sufficient grounds for the annulment of the unlawful dismissal. According to the latest amendment of Art. 192 (1) LC, in force since 17.07.2015, the disciplinary penalties can now be imposed not only by the employer or any other legally authorised entity, but also by an official with managerial functions chosen by the employer.

Another important obligation of the employer in connection with the imposition of disciplinary punishment is to do so within two months of the establishment of the violation, but not later than one year since it was committed (Art. 194 (1) LC). If the violation constitutes a crime or administrative offence established by a final court sentence or a penal decree, these time limits begin to run after the entry into force of the sentence, respectively penal decree.

The disciplinary penalty is imposed by an order, which shall state:

If the employee/worker falls into the following categories: mother of a child under the age of 3; reassigned employee/worker in use of their paid annual leave; suffering from disease, determined by the Minister of Health; an elected representative of employees/workers in a trade union or other representative organisations; a member of a special negotiating body; a member of the European Labour Council or a representative body in a European commercial or cooperative company, then the employer may fire them only with the prior consent of the Labour Inspectorate in each case.

A disciplinary order shall be served against the signature of the employee/worker and the employment relationship is deemed terminated from this point onwards.

Appeals against disciplinary dismissal in court

The date on which the disciplinary order is served is also the starting date of the 2-month period in which the lawfulness of the dismissal of the employee/worker may be challenged. The claim is cognisable in the district court of the seat/location of the employer in the first instance. According to Art. 114 of the CPC, an employee/worker may also bring their action at the place where they habitually carry out their work. An important feature of the proceedings in labour cases is that it is free for employees resp. workers, i.e. they do not pay the related fees and expenses, including applications for revocation of final decisions on labour cases (Art. 359 LC). By its action under Art. 344 (1), item 1 LC, the employee/worker may request recognition of the dismissal as illegal as well as its annulment, with a claim under Art. 344, (1), item 2 LC - to demand their reinstatement and with an action under item 3 - be awarded compensation in their favour, equal to the losses suffered as a result of the dismissal. Court practice has accepted and held in a general assembly of claims for recognition of dismissal as illegal and its revocation, and even more often asking for reinstatement and an action for compensation. The claim for reinstatement as well as the action for compensation largely depend on the success of the application for recognition of the dismissal as illegal and its revocation. In the event that the court reverses the dismissal as illegal and upholds the claims, these circumstances must be entered in the workbook of the employee/worker so that they could benefit from them.