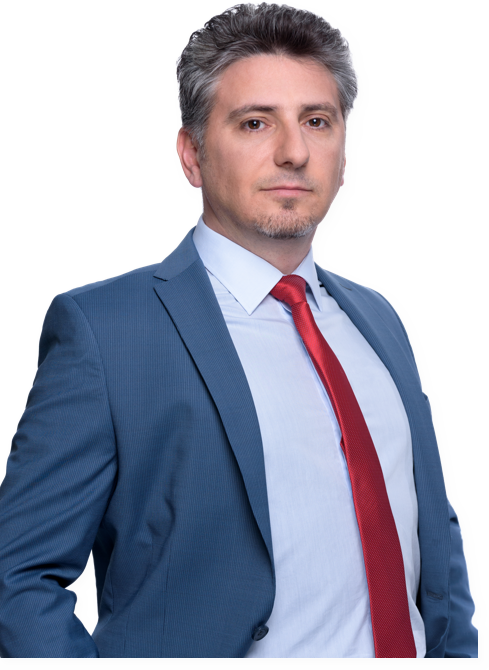 Mr. Martin Iliev is a tax consultant and advises our clients on issues related to tax optimization and international financial operations.

This year the changes in the Bulgarian Value Added Tax Act (VATA) are due to the transposition of Council Directive 2008/8/EC of 12 February 2008 amending Directive 2006/112/EC as regards the place of supply of services, according to which, as from 01.01.2015 the supply of telecommunications, broadcasting and electronic services by a taxable person to non-taxable persons – the place where the non-taxable person is established, resides or has his permanent address shall be considered the place of supply, called also Member State of supply.

This change has brought up the need to establish two new types of schemes for applying the VAT regulations with respect to where the supplier has his establishment. The scheme will be applied with the help with the newly designed MOSS (Mini-One-Stop-Shop) system, also called “one counter-system”. The Member State, in which the supplier should register, is that of his establishment (for Bulgarian suppliers that would be Bulgaria), is called a “Member State of Identification” and it will be considered as the place of supply for the purposes of all special schemes for filing VAT-Returns and for the payment of the VAT-taxes due for supplies for all Member States, where services to non-taxable persons are provided.

The second special scheme is the non-Union scheme – it is applicable for businesses, which are established in third countries outside the EU. The non-Union scheme is not newly invented and has been already applied as stipulated in chapter XVIII if the Bulgarian VATA. The change that has been implemented with the Directive is that the range of services, for which this scheme apples, has been broadened, now including telecommunication services and radio and television broadcasting services. The tax period for both the Union and non-Union schemes is quarterly and is the same as the calendar quarterly period. The taxable person shall submit a VAT return for each calendar quarter within 20 days following the end of the tax period covered by the return via electronic means to the Member State of identification and the latter should then re-distribute the VAT tax to the Member States of consumption.

The latest changes in the VATA introduce new conditions for the de minimis aid as stipulated in Commission Regulation (EU) No 1407/2013 of 18 December 2013. The persons registered under the VATA, who undertake an investment project and have file a demand with the Ministry of Finance for application of the special scheme for VAT taxation, applicable for importation or a demand for VAT Return in a 30-day period after July 1 2014 should declare the de minimis aid received personally or by persons, falling under the definition of “Single undertaking” as stipulated by Art. 2 para. 2. of Regulation 1407/2013, so that the de minimis aid can be calculated for the purposes of the gross amount. The total amount of de minimis aid, irrespective of the form of the grant or the objective pursued or whether the aid was granted by internal or union financing, should not exceed the BGN equivalent of € 200,000 for the period of the last three tax years, following the approval of the grant.

The main changes in the Corporate Income Tax Act (“CITA”) coming into force on 01.01.2015 concern the following:

Amendments in the Income taxes on natural persons act

The main amendments in the Income taxes on natural persons act, in force from 01.01.2015 are:

Amendments in the local taxes and fees act

The main amendments in the local taxes and fees act this year are:

Amendments in the Tax and Social Security Procedure Code (“TSSPC”)

There three amendments of the provisions of the Tax and Social Security Procedure Code (“TSSPC”) coming into force on 01.01.2015:

Changes in the Excises and Tax Warehouses Act

The changes in the Excises and Tax Warehouses Act (ETWA) reflect the need of revision of Bulgarian legislation on accord of the inconsistencies with EU-Law in the field of excises, as well as the adaptation of more precise regulations aiming to simplify and ease the practical realization of the latter by the Customs Agency.

The main changes in ETWA are: