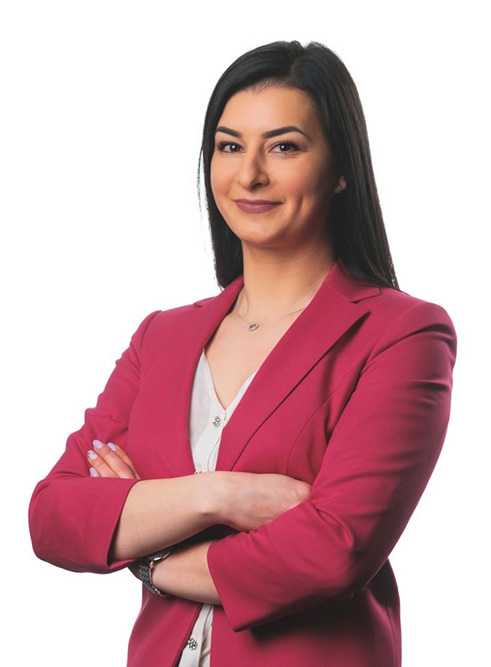 Bitcoin, which has become known as a cryptocurrency, raises many legal and tax-related issues that fall back to the notion of currency and means of payment. This article will discuss in more detail some of the questions that arise from the Bulgarian practice regarding Bitcoin, its legal and fiscal characteristics and its trade.

The principle of Bitcoin generation consists in dividing the computing power of the processors of the personal computers or in the so-called “mining”. The system for generating, setting the maximum amount of available bitcoins and the progressive speed loss of bitcoin mining provide sufficient predictability of the value of bitcoins, which also leads to their trade. The bitcoins have been the subject of several disputes, whether this is a currency, a means of payment, etc. The decentralized administration and the fact that they are not accepted as legal tender tend to indicate a deviation from the classical concept of currency. The issues linked to the safety of Bitcoins as a means of payment, the lack of state sanctions and the dangers of financing illegal activities (terrorism, money laundering, etc.) are not discussed in this article.  It is basically the interpretation of the Bulgarian courts and the management of the two specific issues which are considered in the article - whether the Bitcoin business in Bulgaria requires a permit and the tax treatment of transactions with the cryptocurrency.

I. Regarding the requirement of a license for Bitcoin transactions in Bulgaria

The question of the registration of a commercial company in Bulgaria whose purpose is bitcoin trading and related transactions has already been dealt with several times by the courts having jurisdiction over disputes concerning the lawfulness of refusing the application for registration in the Bulgarian Commercial Register. The key issue under discussion is whether such an object of the enterprise leads to the requirement of obtaining an authorization by settling the dispute over the nature of the bitcoins. Under the provisions of Article 5 (2) (3) of the Act on Markets and Financial Instruments, 'investment services and activities: ... No 3 are transactions in financial instruments for their own account'. This type of activity requires authorization as an investment firm (Article 6 in connection with Article 5 Paragraph 1 of the Act on Markets and Financial Instruments). Accordingly, when a company is entered in the commercial register before the Registration Office, the question arises as to whether these are financial instruments and whether the settlement of such transactions requires authorization.

In the light of the above, it can be assumed that the officials at the Bulgarian Commercial Register are not allowed to refuse registration of companies whose business involves Bitcoin or other crypto currency transactions.

II. On some issues regarding the tax treatment of Bitcoin businesses in Bulgaria

A. Taxation with VAT

In Case C 264/14, the European Union had the opportunity to rule on the application of the turnover tax system for Bitcoin transactions. The preliminary ruling concerns the VAT liability of the exchange of conventional currencies into the virtual currency "Bitcoin" or vice versa, which a Swedish company wishes to carry out.

According to Directive 2006/112 / EC, turnover tax is subject to the following transactions:

After excluding the possibility of these transactions being treated as a delivery of goods and assuming that these services - the exchange of a conventional currency in Bitcoin for commission - constitute a service for consideration within the meaning of the Directive, they fall within the scope of the turnover tax system. Of particular interest are the interpretations of the court regarding the exemption of these services from value added tax. The Bulgarian Value Added Tax Act deals with the following transactions as tax-free: transactions - including brokering - that relate to foreign currency, banknotes and coins that are legal tender, with the exception of banknotes and coins, which are not normally legal tender used or which are of numismatic interest (Article 46 (1) (4)), thus reproducing the content of Article 135 (1) (e) of the VAT Directive almost word for word. Accordingly, the interpretations of the Court of EU regarding the exemption of those transactions should be considered applicable for the tax treatment of these transactions in Bulgaria, also in view of the high degree of integration of the VAT system within the EU - also in other countries such as Germany, etc.

The issue under discussion by the Court of EU is whether the transactions made in the exchange of conventional currencies in units of the virtual currency "Bitcoin" and vice versa are executed in return for payment of an amount equal to the spread resulting from the difference between the price, at which the trader concerned purchases the currencies and, at the price at which he sells them to his customers, constitutes paid services within the meaning of that provision.

Having regard to the relationship between the principles of uniform and strict interpretation of the terms of the exemption and the idea that that interpretation should not unnecessarily exclude, as an end in itself, those cases which would affect the exemptions, the Court recognizes that the transactions, relating to non-conventional currencies, that means, currencies other than those which are legal tender in one or more countries constitute financial transactions as long as these currencies have been accepted by the parties to the transaction as an alternative means of payment to the legal tender and for no other purpose than use as a means of payment serve.

Furthermore, it is assumed that the virtual currency "Bitcoin" serves no purpose other than use as a means of payment and that in this capacity it is accepted by certain economic operators. These arguments, together with the interpretation of the purpose of the exemptions provided for in Article 135 (1) (e) of the VAT Directive (to remove the difficulties in determining the tax base and the deductible VAT on the taxation of financial transactions) lead to the conclusion that this means of payment in the exchange of conventional currencies in units of the virtual currency "Bitcoin" and vice versa and which are carried out in return for payment of an amount equal to the difference between the price at which the trader buys the currencies and the price which he sells to his customers, represents sales exempt from VAT.

B. Reporting of Turnover in Cryptocurrency Transactions

TheBulgarian National Revenue Agency had several times the opportunity to take a position on the issues of tax treatment of Bitcoin. The general position of the Agency in its replies reflects the considerations regarding the ambiguity of the scheme and often refers to the case-law of the Court of EU.

In its letter no. 24-34-50 of 2014, the Agency concludes that due to the fact that under the Bulgarian Corporation tax Act the result components relevant for the tax are determined by the conversion of the invoice result for tax purposes and the Act has no separate tax treatment of receipts from the sale of the virtual currency "Bitcoin", these are recognized for tax purposes, i.e. this will not change the invoice result.

Due to the wide range of legal uncertainties (including in the field of tax treatment) regarding cryptocurrency and its economic and legal existence, the purpose of this article is to provide those concerned with guidance on the trends in regulating these relationships. We believe that the legislative and enforcement authorities should continue their efforts to regulate the legal relations which, in conjunction with the so-called virtual currencies which challenge the Bulgarian legal system to respond to novelties generated by the virtual society.

The author of this article, Mr. Marin Marinov is a lawyer in the Law firm “Ruskov and Colleagues” in Sofia and specializes in the areas of Internet law and intellectual property.